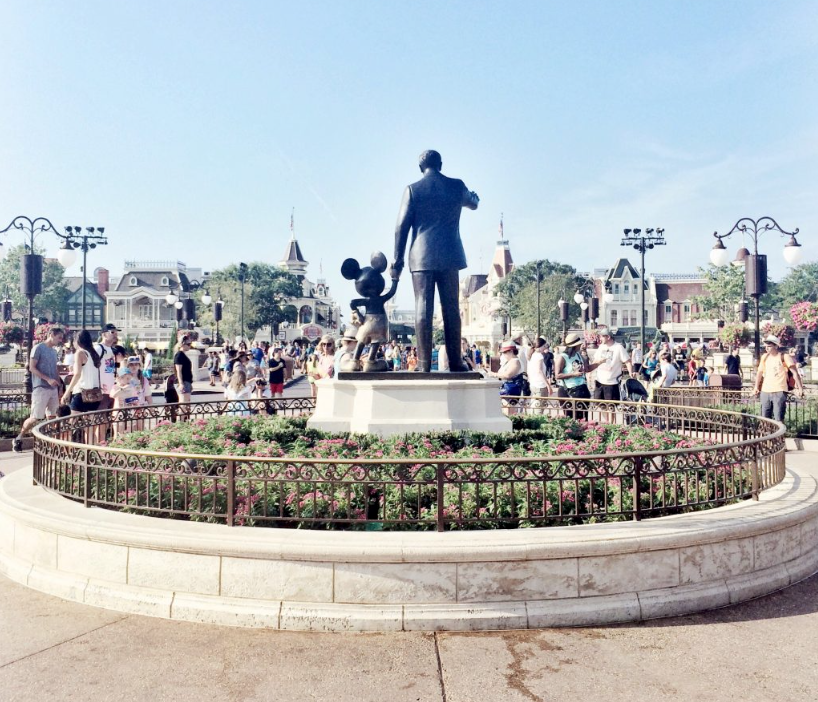 A week or two ago, Disneyland had a big anniversary. It was 65 years ago (on July 18th) that the magical land of the talking mouse opened its doors to the public. There is a cool story associated with its first day of operations.

It seems that David McPherson, a local college student was determined to be the first to visit the enchanting Magic Kingdom. For most of the night, He sat alone outside the gate. But by the time the sun came up, there were some 6000 people in line. But he was the first to purchase a ticket. It cost him $1 but he sold it on his way home for some gas money. He got 50 cents for the used ticket. Wonder what it would be worth today?

Soon Walt Disney himself arrived. And he intentionally picked two children from the back of the line and allowed them to enter the park for free. What an amazing treat for those children. They didn’t stand in line all night. They didn’t have to pay for their ticket. They didn’t even know who Walt Disney was. They just walked in, encouraged by the owner.

It sure does make me think about my own salvation. All those years of trying to gain God’s favor through rituals and spiritual activities. I prayed a ton. I tried to worship, I made a real effort. In a sense, I was willing to stand in line and pay for my ticket.

But then Jesus came into my life. A clear simple presentation of the gospel was made and I understood it. I embraced it. In a very real sense, He came and found me. I was standing in the back of the line and He walked me up to the gate. I went in, walking by HIS side. He was the owner and I got to come on in to the blessing of salvation because of HIM.

In a few weeks, I will have my 51st anniversary of my salvation. I try and mark that day every year with the same enthusiasm that hit me back in 1969. And I would encourage you to do the same.

This week would be a great opportunity for you and I to relish our salvation. To think about the grace extended and the mercy applied on our behalf. We couldn’t earn it. We didn’t deserve it. We weren’t able to procure it. We are just the recipients of His marvelous grace.

Consider the words of I Timothy 1:14: “The grace of our Lord was poured out on me abundantly, along with the faith and love that are in Christ Jesus.”

That anniversary is worth celebrating!