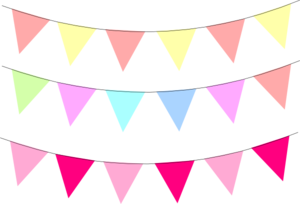 For centuries, Jewish people would not utter the name of God. They did so both out of reverence and sometimes out of superstition. Instead, they just referred to Him using four consonants: YHWH.

These four consonants are often referred to as the Tetragrammaton. Some time in the middle ages, vowels were added to this word (from the Hebrew word for “Lord”-Adonay) and it was pronounced  “Yahweh.” In English then, it became Jehovah.

It is the most significant name for God, used over 5000 times in the Old Testament. Sometimes, it is paired with another term that speaks of a specific feature or characteristic of almighty God.

“Yahweh-Nissi” is one of those names. It combines “Yahweh” with the Hebrew word meaning a banner or standard that might be flown on a pole. In battle, the troops would look upon such a pole with a hope and expectation for victory. It was a rallying point for all the combatants.

There is a great illustration of that in Exodus 17. Israel is in a battle with one of their archenemies, the Amalekites. As long as the leader, Moses held up his hands, the men of Israel rallied and they won the battle. In the end, Moses built an altar to commemorate the victory and called it “The Lord is my banner”- Yahweh-Nissi.

The battles that you and I might wage this week will probably not involve open conflict. But there are significant stresses all around us. Satan is alive and very actively trying to destroy us and our testimonies.

Your battle may be centered in your home. Someone else is struggling at work. Many are frustrated with the political climate. Far too many have health issues and real pain to deal with. Death is claiming friends and loved ones. We desperately need to rally around a banner of truth.

We need a focus that will allow us to stay spiritually on course.

“Jehovah-Nissi, we need the clarity that only you can provide. We need a clear direction for our lives. We need comfort along the route. We need to keep our eyes on YOU. This week, give us that focus. Your banner over us is love!”