Consumed by Our Own Lust

I am ashamed to admit it, but I frequently look for ways to avoid responsibility for the shortcomings and sin in my life.

So I was intrigued this week when I saw an article in an old edition of the Discover magazine (September 2009) entitled: “I Didn’t Sin…It Was My Brain.” Using magnetic resonance imaging (MRI machines), doctors have identified the exact portions of our brains that are involved when we sin. 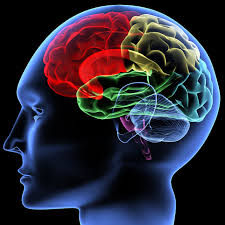 The article seemed to suggest that in some cases our participation in lust, gluttony, pride, greed and so on isn’t really our fault. Our brain just made us do it. (Cool…another good excuse for me to use.)

But truth be known, we all have the responsibility to avoid those sins that seem “to so easily beset” us (Hebrews 12:1). It is just so easy to be tripped up by our own lusts. It is a battle.

Paul Harvey the great radio personality addressed this challenge as he told the story about how Eskimos kill a wolf. It is a powerful tale. Hopefully this narrative can help all of us get some good insight into the consuming, self-destructive nature of our besetting sins.

“First, the Eskimo coats his knife blade with animal blood and allows it to freeze. Then he adds another layer of blood, and another, until the blade is completely concealed by frozen blood. Next the hunter fixes that knife in the ground with the blade up.

When a wolf follows his sensitive nose to the source of the scent and discovers the bait, he licks it, tasting the fresh frozen blood. He begins to lick faster, more and more vigorously, lapping the blade until the keen edge is bare.

Feverishly now, harder and harder the wolf licks the blade in the arctic night. So great becomes his craving for blood that the wolf does not notice the razor-sharp sting of the naked blade on his own tongue, nor does he recognize the instant at which his insatiable thirst is being satisfied by his OWN warm blood.

His carnivorous appetite just craves more-until the dawn finds him dead in the snow.”

“Lord, please help each of us to both identify and reject those besetting sins that so easily consume us. May we be diligent to avoid licking the dumb ‘knives’ in our own lives.”