For much of Israel’s history, they were a nomadic people, traveling around with their extended families. But after God led them into the Promised Land, each tribe (with the exception of Levi) was allocated a very specific area of land. Accordingly, each family within the tribe was given a specific plot of dirt. That particular piece of land was critical to the Israelites. 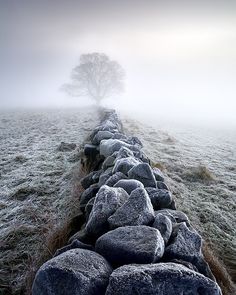 To delineate the boundaries of their land, they used cornerstones and other ancient landmarks, like a stand of trees or pile of rocks. These markers were extremely important. On at least five different occasions in the Old Testament, they were instructed, “Do not move an ancient boundary stone set up by your ancestors.” (Proverbs 22:28)

It was a big deal to mess with those markers. Those stones represented the structure of their society. Each family was to reside on their own land. Each tribe had their own corner of Israel to cultivate and protect. Those markers became the boundaries for behavior, the indicators of what was important to their culture.

It struck me this week that you and I ought to heed that same instruction. I understand that we no longer depend on agrarian landmarks, but we do have spiritual boundaries and they serve as a structure to our society. If those get moved, we become a washed in a moral sea of relativism.

For modern Christians, those ancient spiritual landmarks become the structure for our character. They direct our choices and inform our decisions.

So what does an ancient landmark look like for a southern California girl?

I would suggest that they are the spiritual benchmarks for our personal lives. They are the items that we might list on a personal (or family) doctrinal statement. They are the absolutes that will not ever change for us. (Things like: the Bible is the inspired Word of God. Jesus is the only savior of the world. Salvation is not earned, it comes by grace through faith. And so on.)

In order to help establish some of those landmarks, may I suggest that this week we all commit to writing out our own personal mission or purpose statement? Years ago, I took the time for some serious introspection and wrote out mine. It is: To know Him and to make Him known. (Obviously, there is a great deal of meaning behind the word “know.” And, I doubt that those words were original with me.)

Once those thoughts are carefully considered and written down they become the ancient landmarks for our soul. (Doing one for your family is an excellent idea too!) And once we have them, let’s be committed to maintaining them.

Bottom line: Do not move an ancient boundary stone…we all need the spiritual structure!