When the word “Titanic” is used in conversation, the first thought usually goes to the bow of the ship. With almost no effort, we picture a romantic moment complete with wind swept hair.

But the sinking of the Titanic is an incredible tragedy that has many compelling stories. One of stories involves a Scottish pastor named John Harper. He and his daughter Nana were traveling to the states so John could preach at the Moody Memorial Church in Chicago.

But the unthinkable happened. It took about three hours between the time that the iceberg scraped the ship’s side until the Titanic actually slipped fully into the icy waters. As we might imagine, there were all kinds of sentiments, orders, requests and demands made during that time.

The Captain ordered his men to “Do your best for the women and children and look out for your selves.” Of the 712 saved that night, 189 were crewmen. So much for the adage of “going down with the ship.” Selfishness abounded. One man, Daniel Buckley disguised himself as a woman so he could get on a lifeboat. One banker insisted that his dog be placed on a boat to the exclusion of people.

When the alarm sounded that night, John Harper reacted differently. After he handed his six-year-old daughter off to a deck captain so she would be placed in a lifeboat, he set out to help others. He began shouting, “Let the women, children and the unsaved into the lifeboats.”

He knew that death was imminent for most of the passengers and his focus was on their eternal destiny. He did not make it into a lifeboat. Like so many others, he ended up in the frigid waters. For some 50 minutes or so, the sounds of men, women and children drowning could be heard all around the area.

As John tried to stay afloat, he would reach out to a person and ask, “Are you saved?” And if the answer was “NO,” he went on to shout out words from the Bible: ”Believe on the Lord Jesus Christ and you shall be saved.” One of those who heard those words and took them to heart, was rescued by the S.S. Carpathia and later referred to himself as “John Harper’s last convert.” 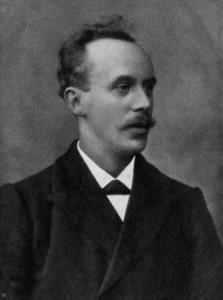 passion in my everyday life. People are slipping into a Christless eternity all around me. I need compassion and discernment, but I also need his zeal for evangelism. The “good news” needs to be a regular part of my everyday conversations.

Maybe this week would be a good time to do some self-evaluation. Is there someone in our lives that might someday refer to themselves as “Sherry’s (fill in your name) last convert?”

(Story taken from the book, The Titanic’s Last Hero by Moody Adams)