We Often Forget Preaching (But, We Rarely Forget Great Examples)

In my illustration book, I have a story that was retold by Alice Gray. It seems that a young man named Bill dropped by church one Sunday morning. He had wild hair, wore a torn t-shirt and no shoes.

He had become a Christian when he was in college and across the street from the campus stood a well-dressed, very conservative church. So Bill decided to attend one morning. He walks in with no shoes, his dirty t-shirt hanging out and a Bible under his arm. 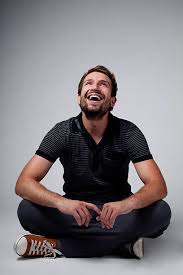 The service had already started so he starts down the aisle looking for a seat. As he does so, the people in the pews are looking very uncomfortable, but no one says anything.

As Bill gets closer and closer to the pulpit, he realizes there aren’t any seats available so he just squats down right on the carpet. That might have been very appropriate behavior for a college fellowship group, but that church had never seen such behavior before.

There was thick tension in the air.

About that time, one of the long serving deacons began to make his way down the aisle. This guy was in his eighties, had silver-gray hair, a three-piece suit and a pocket watch. He was a godly man –very elegant, very dignified and very churched.

He walked with a cane and as he approached Bill the folks in the congregation began saying to themselves, “You can’t blame him for what he is about to do. How can you expect a man his age and background to relate to that kid on the floor?”

It took a long time for the older gentleman to reach Bill. By that time the entire church was silent. All eyes were glued to the older deacon. They were all thinking, “The preacher can’t begin until the deacon does what he has to do.”

All of a sudden, the older man dropped his cane. With great difficulty he lowered himself and sat down on the floor. And he began to worship with Bill.

When the preacher came to the pulpit, he told the congregation, “What I am about to preach you will never remember. What you have just seen, you will never forget.”

Lots of great messages will be preached this Holy Week. Unfortunately, most of them will be easily forgotten. But an act of kindness and inclusion may stick in the thoughts of our unsaved friends.

Let’s all look for a way to impact those around us this week with our grace. As we demonstrate the love of Christ in practical ways, it will make for a “holy week.”