Putting On the Dog

I am told that the period after the Civil War, leading up to the end of that century was a very colorful time in American history. War always makes manufacturers wealthy. And there were quick fortunes to be made in railroads, oil exploration and even real estate.

All that “new money” created a new level of society. It wasn’t the old aristocracy, and these “new money folks” lacked class. Apparently they struggled to be accepted and so efforts to impress others got wildly extravagant. 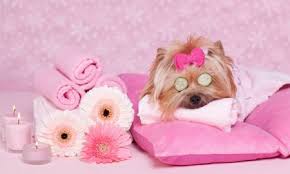 Around that same time period, dogs became very popular in Europe. So this new, unstable class of society started spending tons of money on pets. All those pampered poodles became emblematic of this “showy” nouveau riche class of society. Soon, the phrase “putting on the dog” became symbolic with any kind of pretentiousness.

We banter that phrase around in our culture too. It’s the equivalent of saying someone is faking it with the intent to impress us. And it happens all around us. Often, we are just too fearful of being our selves.

Or, when evaluating others, we are oh so quick to judge on the basis of externals.

That mindset ought to be considered this week. Compare it to the message God gave Samuel as he struggled to pick out which son of Jesse was to be anointed King of Israel. The Lord summed up His perspective with these words: “Do not consider his appearance or his height, for I have rejected him. The Lord does not look at the things people look at.”

Let’s make a conscious effort this week to ignore the “putting on of the dogs.” Instead, let’s strain to discern the heart of those we come in contact with. It’s the heart that matters!