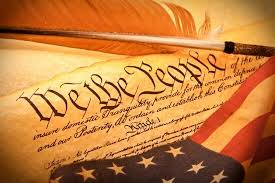 This week our country celebrates our Declaration of Independence, the birth of the United States of America. But actually, the declaration was declared two days earlier on the second of July. On the fourth, they just finally agreed on all the edits and changes.

It took them months to get all the signatures on the copy. And the Declaration itself wasn’t delivered to Great Britain until November of that year.

Speaking of signatures, I have always been interested in the huge signature of John Hancock. The traditional story has it that he wrote very large so that King George wouldn’t miss his personal involvement. But truth be known, if you look at other documents Hancock signed, he just had gigantic penmanship.

We use the fourth of July as a fun summer holiday. BBQs are lit. Fireworks are everywhere. Americans spend almost $500 million on legal and illegal firecrackers, sparklers and the like.

And it’s the day for Nathan’s annual Hot Dog Eating contest. In case you are interested in entering the fray, the current record is for 73.5 hot dogs eaten in ten minutes. Stomach ache to follow.

But for the believer, this might be a great opportunity to stop for a minute and think about our heavenly citizenship and the real freedom it ensures.

Psalm 119:45 says, “I will walk about in freedom for I have sought out your precepts.” And the apostle John declared, “So if the Son sets you free, you will be free indeed” (8:36).

Because of the cross, you and I are free from the penalty of our sin. When Jesus shouted, “It is finished,” He was declaring the penalty paid in full. No longer do I have to be chained to the eternal consequences of my sin, Jesus paid it all.

Believers are also free from the snare of sin. We are not bound by the addictive nature of our sinful choices. We can be loosened and set free. The power to overcome is found in Him and His Spirit that lives within accomplishes it.

And lastly, we are free to be who our Creator envisioned us to be. Spiritual freedom is not the right to live without any restraints. It is the opportunity to grow and develop into the person who is “fearfully and wonderfully made.”

So while you eat your hot dog and twirl your sparkler be grateful for the civil liberties declared in the famous document. But mostly, muse on the real freedom you have in Christ. We are free indeed!