I love hymns and I love the stories behind them. Books like Great Hymns and their Stories, Stories Behind the Hymns that Inspire America, A Hymn is Born and Hymns that Live adorn my bookshelves and bless my heart.

The other day a friend sent along another background story for a very famous hymn, “Revive Us Again“. It was written by William Paton MacKay (1839-1885) from Montrose, Scotland. His Godly mother often shared the gospel with him and regularly prayed for him before he left home. 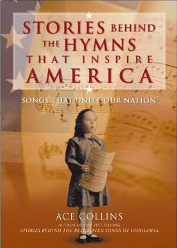 But “he was unimpressed.” He lived his own life and studied to be a doctor.

One day a seriously injured man came to the hospital. His case seemed hopeless. “Conscious, he asked the doctor how much time he had left to live. The doctor responded cautiously, then asked if there were any relatives who should be notified. ‘No relatives,’ the patient said, but he did request that his landlady send him ‘The Book.’

After the man died, the nurse asked, ‘What shall we do with this?’ holding the book in her hand. ‘What kind of book is it?’ MacKay asked. The nurse replied, ‘It is the Bible of the poor man. As long as he was able to read it, he did so and when he was unable to do so anymore, he kept it under his bed cover.'”

MacKay took the Bible and soon discovered that it was the very same Bible that his mother had given him in his youth. In his rebellious years, he had sold it for a ridiculous price. It became a great comfort for the dying man and here it was again in MacKay’s hands.

That tattered old book became the catalyst for his conversion and later the theme of his famous hymn.

Ruminating on the words of this hymn is a great way to start this week:

By His Grace and for His Glory,
Sherry L. Worel