In February of this year, a 69-year-old Spanish man was fired after his employers discovered that he hadn’t actually shown up to work for at least the past 6 years! But the best part of the story is how they figured out he was shirking his responsibilities.  Apparently they wanted to give him an award for 20 years of “loyal and dedicated service,” but they just couldn’t locate him. 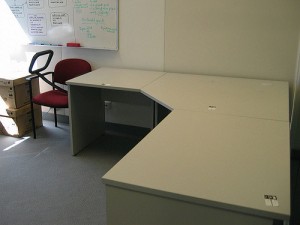 He was supposed to be supervising the construction of a water treatment plant, but instead stayed home and became a self-described “avid reader of philosophy and an expert on the works of Spinoza.”

But before we all jump in and start the incriminations on this guy, consider how much work was lost during the recent March Madness season. Apparently 60 million people participated in the “bracketology” part of it. 86% of all American workers (including me) spent some work time filling out or checking their brackets, watching games on line or just checking scores. The lost wages for all that distracted and unproductive time amounted to almost $2 Billion worth of lost revenue.

Maybe this week is a good time to remind us all about a very powerful statement in the book of Nehemiah. You may recall that Nehemiah led a group of Israelites back from captivity into Jerusalem and they were tasked with rebuilding the walls around the city. They had great opposition, but they completed the task in just 52 days. In chapter four, the Bible says, “so we rebuilt the wall till all of it reached half its height, for the people worked with all their heart.”

“The people worked with all their heart.” That should be a central core value statement in every office, factory, kitchen and business all around the world. And it should be written on the heart of every employee. Regardless of what we do for a living, we should accomplish our work with enthusiasm and work with all our hearts.

Truthfully, that will be easier when we remind ourselves that the scripture enjoins us to work “as unto the Lord.” He is a remarkable boss and deserves our best effort.

And when He shows up to give us an award, He will find us faithfully on task and doing what He expects!