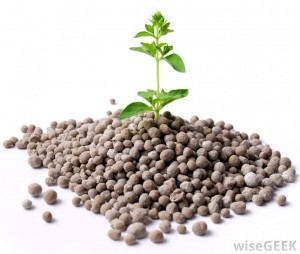 I heard Chuck Swindoll preach at my church a week or two ago. He is definitely one of my heroes and I love the way he tells a story. In his book called Seasons of Life, he talks about a guy named Edward Roy.

Roy owned a portable toilet business in Florida. He would rent them out for concerts, construction sites and other large gatherings. His business was doing very well, but he had a problem. He had to figure out what to do with all the sewage.

In his search for a solution, Roy found a solar-heating process that turned sewage into fertilizer. And rather than just sell his sewage directly to a solar operator, he started his own fertilizer making plant. Soon he owned three large plants that converted all the sewage he could accumulate into sellable fertilizer. And both of his businesses took off!

You talk about solving a problem. He turned the smelly mess into a very profitable solution. He called that converter the “Anaerobic Digester.”

I don’t know about you, but I could use one of those in my own life. Imagine if we all had one sitting in our garages. Each week as the challenges and stresses pile up, we could shovel them into the digester and out would come a different “substance “that was helpful, not hurtful.

In the absence of one of those digesters, maybe this week we could all turn our attention to James chapter one. In a series of comments, James keeps outlining the things that produce something else of great value. Faith produces perseverance. Perseverance produces maturity. Bottom line, testing will ultimately allow us to gain the crown of life.

The heavenly digester is a character builder and it works.

So let’s all “consider it all joy…” even if we are dealing with a great deal of “sewage.” God has a plan and when we submit, the digester does its work!