The Effects of Generosity

I recently had a conversation with a friend on the topic of generosity. He was sharing some of the physiological impacts of living a generous life style. Studies with burn victims or others who have been seriously harmed in an encounter show that people actually heal better and quicker when they can generously forgive the perpetrator.

Contrast that with the rather stingy approach of our “me and mine” culture where generosity is a difficult concept to grasp.  Jesus spoke to this problem with His comments in Luke 6. He summed up His command to “give and it will be given to you…” with the observation “…for with the measure you use, it will be measured to you.”

Bottom line, generosity is not only required, it works to our favor.

Consider a story about two brothers that was told by Brian Cavanaugh in the book More Sower’s Seeds:

“Two brothers worked together on the family farm. One was married and had a large family. The other was single. At the day’s end, the brothers shared everything equally, produce and profit.

Then one day the single brother said to himself, ‘its not right that we should share equally the produce and the profit. I’m alone and my needs are simple.’ So each night he took a sack of grain from his bin and crept across the field between their houses, dumping it into his brother’s bin.

Meanwhile, the married brother said to himself, ‘It’s not right that we should share the produce and the profit equally. After all, I’m married and I have my wife and children to look after me in years to come. My brother has no one, and no one to take care of his future.’ So each night he took a sack of grain and dumped it into his single brother’s bin. 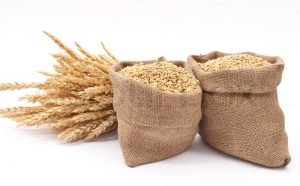 Both men were puzzled for years because their supply of grain never dwindled. Then one dark night the two brothers bumped into each other. Slowly it dawned on them what was happening. They dropped their sacks and embraced one another.”

So maybe our assignment for this week is to figure out whose bin we can fill up. Is there a loved one that we can generously bless? A friend at work whose life needs some joy and our gift could be the catalyst for some smiles and a lighter load?

Generosity is worth the effort. Someone else gets blessed and so do we!