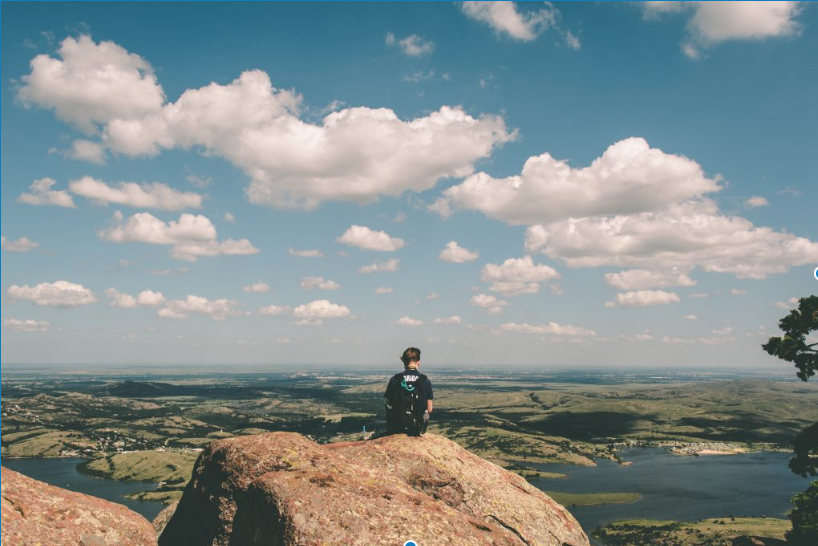 It occurs to me that you and I are presently stuck in some significant “in-between times.” We are languishing in the midst of a pandemic. We are immersed in societal unrest. We are in the midst of two differing political perspectives.  In many ways, it feels like we are wedged between a rock and a hard place.

“In-between-times” have occurred over and over again in human history. People suffered between the time the pilgrims left the old world and truly settled the new on. Tragedies still struck between the time a treaty was signed and the word got out to all the parties involved. Men still died for a while in combat, even though the Germans had surrendered.

And the examples could go on and on.

The Bible has some good examples of the struggle that occurs in the “in-between-times” too. Think about the time lag between Genesis 15 when Abraham is promised a son and Genesis 21 when Isaac is actually born. What kind of pressure and stress do you think Abraham felt as the months went by? What were the conversations like between him and Sarah?

Or what about the interval between the time that David was anointed King (I Samuel 16) and the day when he actually began to reign (II Sam. 5)? Don’t you think he was frustrated and concerned about “the plan”?

Think for a moment about the followers of Jesus. Their Savior had just been crucified by Roman soldiers. They huddled together in a secret upper room in Jerusalem not knowing quite what to do. They must have rehearsed His words and instructions over and over again. But still they were fixed in that room for what must have felt like an eternity.

But suddenly a sound like the blowing of a violent wind came from heaven and filled the whole house where they were sitting. And the Holy Spirit descended upon them!  Never again would they be the same!

In each of those cases, the “in-between-times” were a platform upon which God built something new, something fresh, something wonderful! And I am convinced that He is doing it again.

Our in-between-times are crowding us all a bit. It is uncomfortable, unnatural and grates on our sense of independence. We want it over and we want it all over, NOW.

But perhaps this week we all ought to pause for a while and ask the Lord what He wants to do with us individually during this time. What are we supposed to be learning? What part of our character needs adjusting? What attitude needs to be changed? Some of those areas are very personal. They only involve us. But some of them cast a wider net out into our society and culture.