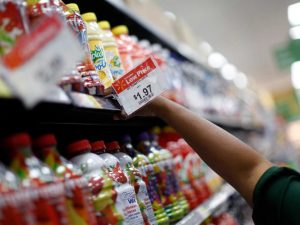 On the news the other night, they had a report about an autistic young man who had a remarkable experience in a grocery store. As his family did their shopping, the teenager became fascinated with a store clerk as he was stocking shelves. The store clerk stepped to the side and allowed the teenager to start putting the juice and milk in the freezer; he lined up the cans in one aisle and soon he was straightening up the boxes in another.

The young man with special needs had never engaged like that before. The kindness of the clerk allowed him to do something meaningful, something that counted. And the teenager’s family wept in gratitude. The story ended with the note that the store has hired the young man to help stock the shelves every week.

Finding meaningful activities for folks with handicaps or challenges is tough in our culture. On one hand, we tend to marginalize and ignore those who don’t quite fit in. On the other hand, we would like to avoid having them in society at all. Through abortion and other fertility exercises, we want to self-select our children and choose only the perfect.

Chuck Swindoll tells the story about a professor in a college ethics class. He said, “A man has syphilis and his wife has tuberculosis. They have had four children, one has died, and the other three have what is considered to be a terminal illness. The mother is pregnant. What do you recommend?” After a spirited discussion, the majority of the class voted that she abort the child. “Fine,” said the professor. “You’ve just killed Beethoven.”

His point was made. Both Beethoven and the new teenage store clerk are needed in our society. God loves them and has a plan for their lives. We need them to enrich our world and help us to see things we often miss.

There is a great Biblical illustration in II Samuel. David’s best friend, Jonathon had a son who was crippled. His name was Mephibosheth. He was tossed aside and disregarded by all the nobility of Israel. But when David discovered his plight, he insisted that Mephibosheth live in Jerusalem and eat at the King’s table every day. David did not disregard his friend’s son.

And we shouldn’t either. Keep your eye out this week for someone to encourage, especially someone who has been marginalized by everyone else. Remember, they matter.

For God so loved the world…the whole world!