Every Christmas season I love to go hear Handel’s Messiah; the bigger the orchestra and choir the better. While seating in an auditorium this year, I began to think about the relationship between Handel and whoever wrote the words of that amazing piece of music. 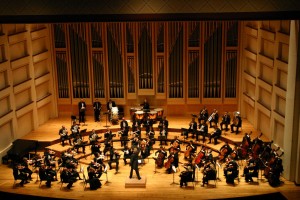 So I did some checking. It seems that although Handel competed the music in breakneck speed (a mere 24 days), it was the unknown work of a wealthy patron named Charles Jennens that made the composition possible.

Jennens is the unsung hero of that marvelous musical masterpiece. It was his idea. He chose the theme, he wrote the lyrics (directly out of scripture), and he pressed Handel for over a year until George finally wrote the music.

To his credit, Handel was quick to acknowledge Jennen’s significant involvement. In a series of personal correspondence with him, Handel several times refers to the oratorio as “your Messiah.”

But as I sat there this week, all I heard was praise for Handel’s Messiah.

Truth is this kind of situation occurs often. There is the “person out front” who tends to get all the credit and then there are the unsung heroes who often do much of the work.

There is a scriptural example. As Paul wraps up his letter to the church at Colossae, he recognizes the efforts of those in the background and turns the spotlight on some of his unsung heroes.

He asks the church to notice guys like Tychicus, Onesimus, Aristarchus and Justus. At one point, Paul says regarding Epaphras, “he is always wrestling in prayer for you, that you may stand firm in all the will of God, mature and fully assured.”

Who knew? Is Epaphras a household name for believers? Nope. But obviously Paul appreciated his work and wanted to make sure he was noticed. He says, “I vouch for him that he is working hard for you…”

This would be a great week to pass along some good words of affirmation. Look around you. Anyone in the shadows that you can bring out into the light and make sure they get their moment in the sun? None of us accomplish anything without the help of others. Let’s acknowledge them this week.