A casual reader of the scriptures might think that the “wise men” (the Magi) first appear in our bibles in the account of the birth of Jesus. Truth is, some 600 years before the birth of Jesus, the prophet Daniel came to be known as the chief of the magi in Babylon (see Daniel 1:20 and 5:11).

A bit of background…the term “magi” is actually synonymous with magician, Chaldean and diviner.  These were learned men, highly skilled in the arts and sciences. They were trained in astrology and medicine. They might have been able to foresee events or explain dreams. They also had significant political power. I am told that during that time period magi actually chose kings. Rulers would have had a large group of these men in their court and consulted them with regularity.

Now back to Daniel. It is safe to assume that Daniel and his friends would have brought scrolls of the scriptures with them into exile. As Daniel served the kings of Babylon and grew in power and influence, no doubt he shared the message of those texts with the other magi. Over time, it is likely that some of them would have become believers in Yahweh and learned to treasure the story of the coming Messiah.

They would have been familiar with passages like Numbers 24:17 “…a star will come out of Jacob; a scepter will rise out of Israel.” And down through the years, they likely passed along the passion to follow such a star and see the Messiah for themselves.

Flash forward to around 7-6 BC. The magi see the star in the east and head west. They probably wore funny conical hats and traveled on horses not camels. The trip would have taken months and there may have been as many as 1000 traveling together.

Herod, the king of Judea is old and mad. His army is away in battle and into town rides a large horde of men following a star looking for the King of the Jews. No wonder Herod panicked and demanded the death of all babies two years old and younger (Matthew 2).

The magi followed the star to the “place where the child (a word for toddler, not infant) was…on coming to the house (not a stable or cave) they saw the child and worshipped Him” (Matthew 2:11).

Side comment: everyone who has the wise men adjacent to the manger scene in their living room needs to go move them into the next room. They do not belong in the manger scene itself. They didn’t arrive until a couple of years after the birth of Jesus, but I digress.

Imagine the delight of those men as their eyes gazed at the child. That toddler playing at their feet would grow into a man, the man Christ Jesus, their long awaited messiah. They responded by opening their treasures and presenting him gifts. The gifts were all of great value (gold, incense and myrrh).

What our world needs today is more wise men (and women). We too need to recognize that Jesus is the Christ (that very title means Messiah, the anointed one). And once we recognize Him for who He is, we must lay gifts of value at his feet. Our gifts this week probably won’t be gold or expensive spices. But we can give precious time in the service of the King.  So please find a quiet corner this week and ask the Lord where and how He would like you to deliver your “gifts” this year. It might involve time in a homeless shelter or a food kitchen. It might mean a trip to a nursing home or an afternoon in a hospital. But your gifts are needed! 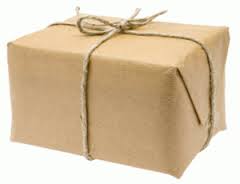